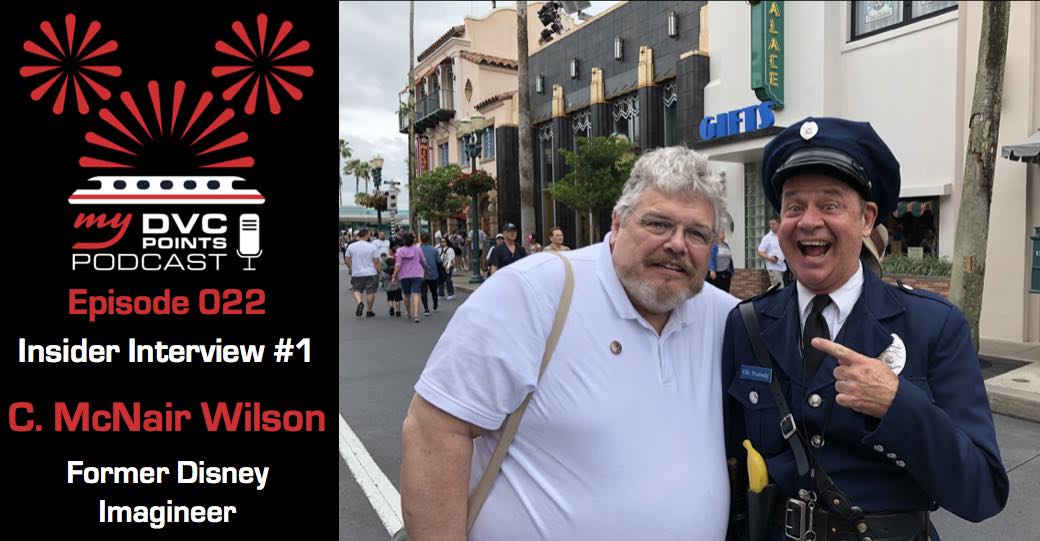 Imagineers often work behind the scenes. Very few of them make the center stage spotlight at Walt Disney Imagineering. However; each of them leaves their fingerprints on the guest experience at Disney. In today's episode, we meet Craig McNair Wilson a former Disney Imagineer and have him share some of his memorable moments while working at Disney. Imagineers know him as Craig, since leaving WDI most people use his middle name.

McNair started working for Disney about the time EPCOT opened in the early 1980s. He was working in a street theatre company called Sak Theatre that performed at Renaissance Festivals. Entertainment management ran across Sak Theatre at a festival near St. Petersburg, Florida in 1982. One thing led to another and they started performing in 1982 at the Italy and United Kingdom pavilions. Within a very short period of time, they started performing 45 shows at Disney. McNair explains the concept and how he created and coined the term “Streetmosphere” in theme park entertainment. The Sak Theatre is still around today as the Sak Comedy Lab in downtown Orlando.

McNair also contributed significantly to the creation of what is now known as Disney Hollywood Studios. He explains how he presented three ideas for the stunt show in the studios and how Indiana Jones theme was selected because the stunts were the most conducive to theme park entertainment.

Join us in part two of this interview to hear the story of McNair meeting Walt Disney as a child and Walt somewhat forecasting his future.

McNair is a keynote speaker at a conference in Orlando for creatives and entrepreneurs called “The Thing.” You can meet Terry Weaver from Episode 003, Episode 006 and Episode 007 along with Rob A. Lott from Episode 013 at this year's conference which runs May 15th through the 19th. If you're interested in going, feel free to use use the discount code “MyDVCPoints.”