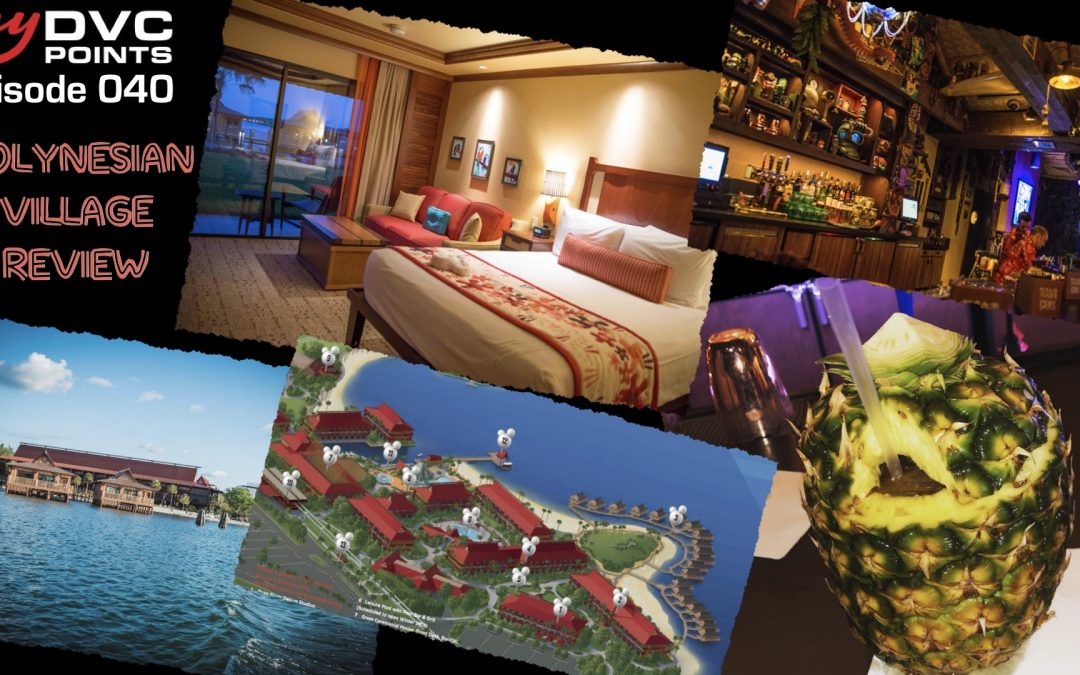 The cast for this multiple-member resort review.

Two Pools at this Resort: Oasis and Lava Pool

Curt commented that these are probably the best pair of pools on property. The Oasis pool has a full-service bar, mug refill, and mini-restaurant. Curt pointed out that the Oasis pool was reimagined when DVC came into the resort. Everybody agreed that the Lava Pool slide is a lot of fun. The waterfall adds to the immersive environment. Chad pointed out that the slide is very dark because it's wrapped in concrete. The only thing missing would be a swim-up pool bar.

Chad pointed out that the kid's splash area is also incredibly well themed. It's really close to being the best splash area on-property. However, a guide once told us that with pools and kids, it's really simple. Don't overthink it. Just add water and the kids will have a ton of fun. They will enjoy any pool you let them play in.

The pools at poly require a magic band to get inside the pool area. Quite often cast members manually issue wrist bands to guests at the Lava Pool to enforce the no-pool hopping rules at the Polynesian.

The Polynesian resort has an all-star grand slam line up for food and beverage. No other resort comes close to this list of fan favorites. Here's a link to the official Disney listing.

Ohana is our favorite restaurant on property. Chad and Curt are huge fans of dinner. However, the family-style character breakfast ranks really high with the Pennycuff family. Kids love meeting Mickey, Minnie, Lilo, and Stitch. Ohana is best known for its bread pudding dessert. However, the skewered meat, potstickers, noodles, and dipping sauces also rank high on many people's lists. We had a confession. We intentionally drag our feet in getting out of there to let the food settle so that can have the bread pudding for dessert. Consider yourself incredibly lucky if you can get castle view seating during the fireworks. Ohana is so popular, you need to book this restaurant at the 180-day mark. Firework seating sells out incredibly fast. The Tambu Louge is near Ohana and famous for its Lapu Lapu drink.

Valerie points out that Kona Cafe is a great option if you cannot get an Advance Dining Reservation at Ohana. While Ohana gets all the press, Kona is also excellent. Chad commented that if going there for breakfast, be sure to get the Polynesian inspired food. The normal breakfast items are ok but expensive for normal breakfast food. The tonga toast and macadamia nut pancakes are the stars of the breakfast menu. Valerie commented that you can order the bread pudding from Ohana for dessert at Kona even though it's not on the menu.

Room Service: Hands down fan favorite is “The Twilight Feast.” It's all the food from Ohana and a one-person serving has enough food for two people.

Captain Cook's is also one of the best quick-service restaurants on property. Curt loves the Big Kahuna sandwich. The Pork Nacho's at Captain Cooks is legendary on Curt's show. Donna Bickert from the My DVC Points community pointed out that it's a shame you cannot get the pork nachos served at Trader Sam's.

Pineapple Lani is a quick-service window for Dole Whips. Hello, my name is Chad and I'm a Dole Whip addict. Its one of three places you can get a Dole Whip in Walt Disney World. Valerie loves the Dole Whip with dark rum served at Pineapple Lani.

Trader Sam's Grogg Grotto is also a fan favorite and always ranks as one of the best bars on property. The servers are incredible at this Tiki bar. A lot of Disney fans collect the mugs from. Curt started showing a parade of his collector mugs. (BTW – Curt is such a fan of the Polynesian resort, his entire office is themed like the resort).

The Spirit of Aloha is a dinner show that sits between the Polynesian resort and the Grand Floridian. Consensus between Chad and Curt was this show was interesting and educational; however, it was a one-and-done-show for us. The younger families seemed to enjoy this more. This was one of Curt's only unfavorable experiences at WDW. It's been 10 years since the Pennycuff family visited. However, we enjoyed the show, but not so much that we would highly recommend going to the show. There are too many other excellent options at Walt Disney World. Curt and I agreed that Hoop Dee Doo Revue, on the other hand, is a show you will enjoy seeing multiple times.

Parking: DVC members have excellent parking options. Our buildings are very close to the mini parking lot near the Pago Pago building. The lot is perfectly positioned for DVC members. Hotel side guests have closer options to their rooms as well.

All Three Monorails and Access to Two Parks Via Monorail! Guests and visitors have two choices for taking a monorail to the Magic Kingdom. They can catch the resort loop from the Great Ceremonial house or they can take the express monorail from the Ticket and Transportation Center (TTC). The TTC is a very short walking distance from the DVC villas and bungalows. Another option at the TTC is the EPCOT loop monorail.

The Polynesian does not have a traditional DVC Community Hall. However, there is plenty of resort recreation activities for families to partake. They have a building that was once used for childcare called Lilo's Playhouse. However, this service is no longer active. DVC members can use laundry facilities on the first floor of the Morea building at no extra charge when staying at the resort. However, given 300+ studios, you may want to check the laundry monitoring website for the best times. This is one of the most utilized laundry rooms in all of DVC. A second laundry room is available on a pay-per-load basis for all hotel guests.

The Polynesian has the feeling of a very relaxing south sea. Curt ranks it as his #1 themed resort. However, Chad and Valerie tend to rank other resorts higher. However, all three hosts agreed that the Polynesian has a very immersive environment. Chad commented that one thing that tends to ruin the immersion is the popularity of the resort with guests not staying at the resort. All of the wonderful restaurants have a huge draw plus being located right next to the TTC makes the resort grand central station. Curt commented that the walk from the Polynesian to the Grand Floridian is beautiful. Curt commented that simply walking around the resort is a major stress release. When you search for Polynesian photos on Flickr, you will find a ton of sunrise photos along the beach between the two resorts.

The Polynesian has three booking categories.

One and two-bedroom villas are notably missing from the DVC side of the Polynesian. This means families who own at the Polynesian and want a one-bedroom or two-bedroom need to wait to the 7-month mark to book their desired villa. However, they do have the largest and nicest studios in Walt Disney World. The studios sleep 5 people between the queen bed, sleeper sofa, and murphy bed under the television.

Boat horns from TTC are an issue that does not sit well with numerous guests. Other guests do not seem to mind them. We cover them in the Bungalow show as well.

The Elephant in the Point Charts: There's a glaring problem in DVC at the Polynesian. A point chart rebalancing is in the works. The bungalows are extremely overpriced on the point charts. However, the studios are already the most expensive studios on property. Most resorts have a lock-off premium that allows a little more flexible arrangements when adjusting points. The lack of one-bedrooms and two-bedrooms eliminate this point balancing option. A third of the lake view studios are ground level and don't have a great view of the lake. One solution would be creating more booking categories such as lowering the point charts on the parking lot view rooms so that you can raise lake view and partial lake view rooms in Tokelau. It's fairly safe to assume the point charts are going to change in 2021 at the Polynesian resort.

As Curt mentioned numerous times, it's his favorite resort. Chad and Valerie love the resort and have found that it's grown on them the more they have stayed at this resort. If Curt were to buy another DVC contract, he would be adding on at the Polynesian no questions asked.

You can contact Curt over at Geekin' on WDW Podcast. You can also get his free bonus podcast by signing up for the feed on his website.

Valerie is a moderator in the My DVC Points Community Group on Facebook.

My DVC Points Podcast is sponsored by DVC Resale Market and Vacation Club Loans and by community members in My DVC Points VIP Producer Club.

If you enjoy the show, please join VIP Producer's Club. Your support allows us to produce a weekly show and has special insider perks!