064 Adoption, Sacrifices for Family and Prioritizing Vacations with Matt and Lori Sassali 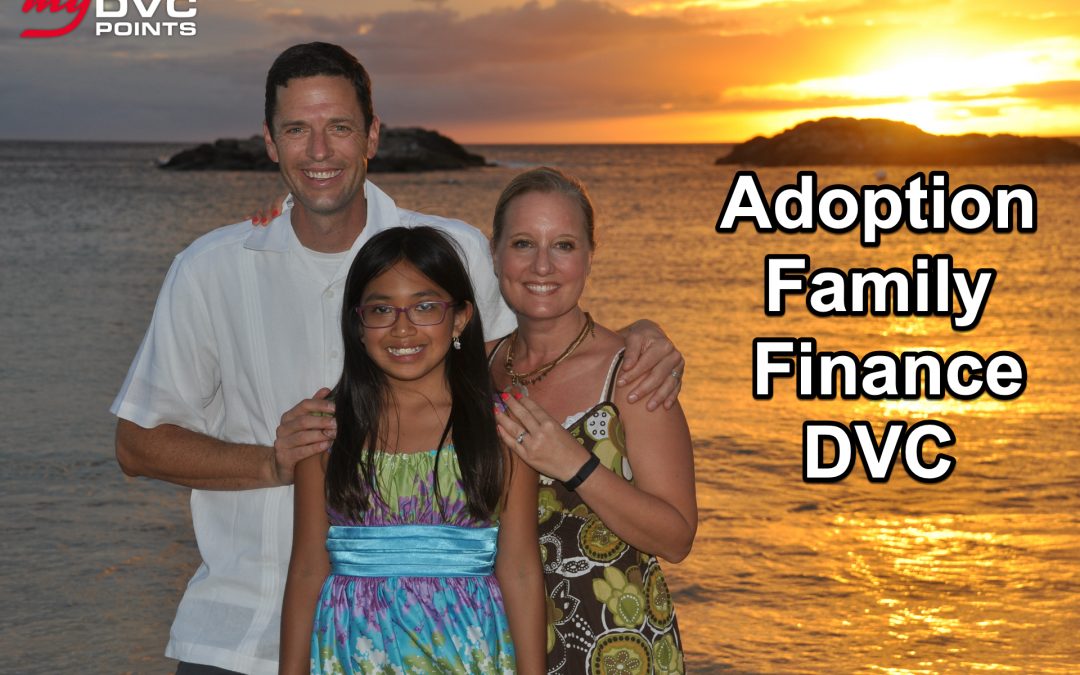 064 Adoption, Sacrifices for Family and Prioritizing Vacations with Matt and Lori Sassali
My DVC Points Podcast

We're wrapping up Season 2 of the My DVC Points podcast with what is quite possibly the best episode of the season. Matt and Lori Sassali share their Disney stories with us. We cover adoption, financial stress created by international adoptions, making sacrifices for family and prioritizing DVC as a vacation assurance.

Matt and Lori bought into DVC while on a Disney Cruise in 2014. Lori sent Matt to the presentation because she knew he would be a bit more rational than she would when it came to purchasing a contract. Lori stayed by the pool and got to talking with some other ladies, who happened to be owners at Grand Floridian. At the time, Aulani and Grand Floridian were the resorts being marketed by Disney. Matt and Lori felt a special connection to Aulani, after seeing commercials for the resort on TV, so they purchased 125 points on the cruise.

Prior to the purchase of their Aulani contract, Matt and Lori had incurred quite a bit of debt. All of it was worth it, however, when the adoption of their daughter, Bella, was finalized in 2006. During the adoption process, Lori had to take a leave of absence from her job and move to Mexico (Bella’s home country) to serve as her foster parent.

After Bella’s adoption was finalized, the couple spent the next four years living quite frugally to pay off their debt. Through their penny-pinching, they saved up enough money to take Bella to Disneyland in 2010 and knew that Disney vacations would be in the future for their family. They reflect on the sacrifices they had to make to create their family, and the couple says that prioritizing family time and vacations are very important to them.

In 2014, Lori had earned a promotion at work and the couple was in a better financial situation, so they decided to prepay for their vacations by becoming DVC members. According to Matt, it was “perfect timing.” Prepaying for their vacations in this way allows them to add vacations to their normal list of expenses, and Matt jokes they would “rather have DVC than cable.”

Aulani As A Home Resort

Matt and Lori both grew up in Northern California, so many families’ vacation plans revolved around a trip to the islands of Hawaii. Lori also admits that she would become choked up when she saw commercials for the resort on TV, so Aulani was a natural choice as their home resort. The couple admits that their decision to buy into Aulani as a home resort was completely a “gut decision” and they did not have access to the information and resources that exist now while they were purchasing their contract.

Both Matt and Lori love their home resort, even though they’ve only visited once (in 2015). Matt says, “Aulani surpassed my expectations. It’s just so beautiful.” Lori says, “ The resort is beautiful. When I walked in for the first time and received my lei, I cried.”

Due to the cost of some home repairs, Matt and Lori were forced to rent their booked week at Aulani last year. They are hoping to return to the resort soon for a summer vacation, perhaps as part of the My DVC Points Aulani Trip in 2021.

At the time of purchase, the couple was given an extra year’s worth of points. They used these points in the RCI Exchange to book a large room for Lori’s family at her sister’s wedding venue. The couple says this exchange was a great value, and the family loved being together in one space. They also point out that the RCI Exchange Program can be a great value for certain destinations, like Colorado during ski season.

Matt and Lori are very excited for the new Disneyland DVC Resort, as they grew up taking family vacations to Disneyland. They admit the family is split over their favorite Disney destinations, as Bella prefers Walt Disney World. Bella is quite the artist, so she really appreciates the attention to detail and immersion of the Walt Disney World “bubble.”

On Lori’s DVC Bucket List is a week-long summer trip to Aulani in a Two-Bedroom Villa with her sister and her family. Matt wants to make a family trip to Disney’s Hilton Head Resort, as he has never visited South Carolina and would love to spend time relaxing and golfing. If Tinkerbell gave them 2,000 one-time use points, they would love to experience the eight-day tour of Italy with Adventures by Disney.

Matt and Lori have had great luck at the 7-Month Window, mostly due to the fact that they’re not picky about their resort. When they stayed at Jambo House, they had booked a Standard View but were given some pixie dust with a Savanna View. In this family, Lori plans out a general vision of which parks the family will visit on which day, where they will eat, and must-do attractions and shows. Matt is in charge of booking the rooms, snagging Advanced Dining Reservations, and booking FastPass+ reservations.

Lori's mother recently sent her some family photo's from her childhood vacations.

A Disney Couple, Even Before DVC!

Lori’s family would travel to Disneyland quite a lot throughout her childhood. Matt also visited Disneyland a few times as a child, mostly when he was playing competitive soccer and the team was in between tournament games. He also visited Walt Disney World with his mother and brother, while his mother was attending a work conference.

The couple began dating when Matt was 19 and Lori was 18. One of the first things they did was a road trip to Disneyland! Since that first trip together, they’ve had quite a few magical experiences together, including:

Lori says that they definitely live the “Disney lifestyle” and that going to Disney is like going home.

Matt and Lori would love to add on more points with DVC but have no plans to do so any time soon. They own a timeshare at a mountain resort in Colorado, and Lori says she likes owning a “staycation timeshare” and one at Disney. Matt admits that he does research resale contract listings from time to time; however, Lori adds there is a reality to not having enough vacation time and finances to support using more points.

Advice to New and Prospective Owners

The couple admits they purchased their contract on “an emotional whim,” so they encourage prospective members to do their research. They advise knowing the pros and cons of direct purchase versus resale, thinking of how your family vacations, and buying where you want to stay in the resort is really important to you.

The Disney Difference - Why We Keep Going Back

Since adopting Bella, Matt and Lori have placed an emphasis on ensuring that she has a connection to her home country of Mexico. Part of that is her enrollment in Spanish language enrichment activities. They had been playing a game that involved Bella writing a word in English and Matt and Lori teaching her the word in Spanish.

On their Disney Cruise in 2014, the couple had the chance to take Bella on some shore excursions in Cozumel and everyone was so excited for her to experience her home country for the first time since her adoption. The Cast Member taking care of the family’s stateroom was a native of Guatemala and had learned of their English-Spanish word game. So he joined in! Every day, Bella would leave him a list of English words and he would write their Spanish translations when he came to service the room. Matt and Lori said his engagement made their vacation even better and the “Disney Difference” is what keeps them coming back!

Both Matt and Lori are members of the My DVC Points Community on Facebook!