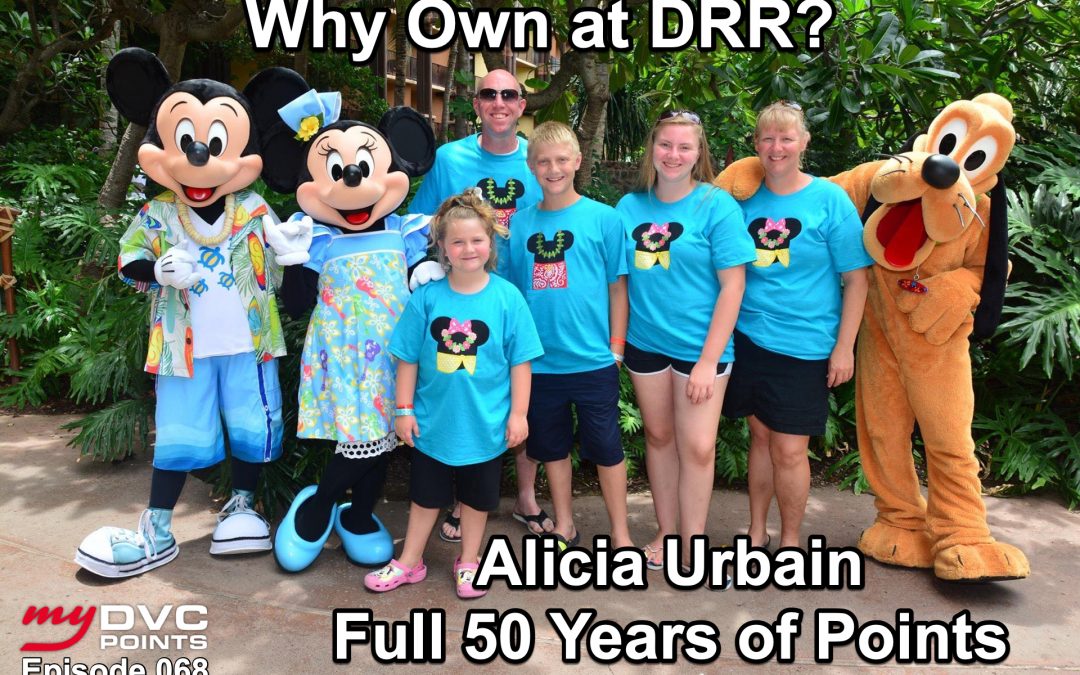 Alicia and her husband were “bitten by the Disney bug” after bringing their two children to Walt Disney World for the first time in 2009. In 2016, they became DVC members at Disney’s Polynesian Villas & Bungalows, and recently they’ve added a new home resort – Disney’s Riviera Resort! For their family, the Deluxe Studios that sleep five, proximity to Hollywood Studios, and 50-year contract length were the best aspects for Disney Vacation Club’s newest resort.

Alicia on Buying Into DVC

Alicia and her husband took their first trip to Walt Disney World in 1999. Then, they returned to the Orlando area in 2004 for a wedding, so they brought Alicia’s parents along with them on another WDW vacation. In 2007, they took their children to Disneyland Paris, as they found hotel rooms and tickets to be cheaper than any other accommodations in Paris. Alicia and her husband planned a week-long WDW vacation for their family of five in 2009, hoping this would be their “one and done” trip. But according to Alicia, “The Disney bug just bit us, and we kept coming.”

The family bought into DVC in 2016 with a 150-point contract at Disney’s Polynesian Villas & Bungalows. Alicia says her biggest regret is not buying three smaller contracts so that each of her children would inherit their own. Since they have put their DVC properties in trust, so the kids have equal access to their points.

Alicia and her husband knew they wanted to add on more points, but took a while to find the right resort for them. Initially, they considered buying into Disney’s BoardWalk Villas on the resale market, as the family had stayed in the Deluxe Studio on their past three trips. However, Alicia’s husband really wanted a full 50-year contract, so they would have something to leave for their children and grandchildren. The family also considered Copper Creek and spent a lot of time with a Vacation Guide on one of their trips, hoping it would be their next contract. But they left disappointed after learning that the Deluxe Studios would not be able to fit their family of five.

Last year, Alicia’s mother-in-law passed away, and the family out her home up for sale. On the second day of the family’s Spring Break vacation, the house sold. This also happened to be one of the first days that Riviera was on the market. Alicia had done her research and knew the Deluxe Studios could accommodate the family, so they purchased 175 points at Riviera before the vacation was over.

Why Buy Into Riviera?

For Alicia’s family, a few factors led them to buy their second DVC contract at Riviera. In addition to the ones already mentioned, one crucial factor was the resort’s location. Alicia’s children are now teens, so they spend a lot of time at Hollywood Studios when they visit WDW. It is also close to Epcot, and the family can use the Disney Skyliner to get there, should they decide not to drive.

Alicia says, “The exit strategy was the last thing on our minds,” when discussing the resale restrictions placed on Riviera contracts. Her husband is an automotive engineer, and their philosophy with cars applies to their approach to DVC contracts, “We’re gonna buy it brand new and use it ’til it dies.”

Since the purchase of this most recent contract, Alicia’s children are predicting the addonitis bug will bite again. Alicia didn’t think about the estate planning elements of DVC until they had closed, so she’ll need to purchase more points, so each child is bequeathed their own contract. According to the kids, “You have to buy 150 points somewhere else, and we’ll all be taken care of!”

Alicia is an active member of Disney's Riviera Resort Owners group and our primary group: My DVC Points Community on Facebook!