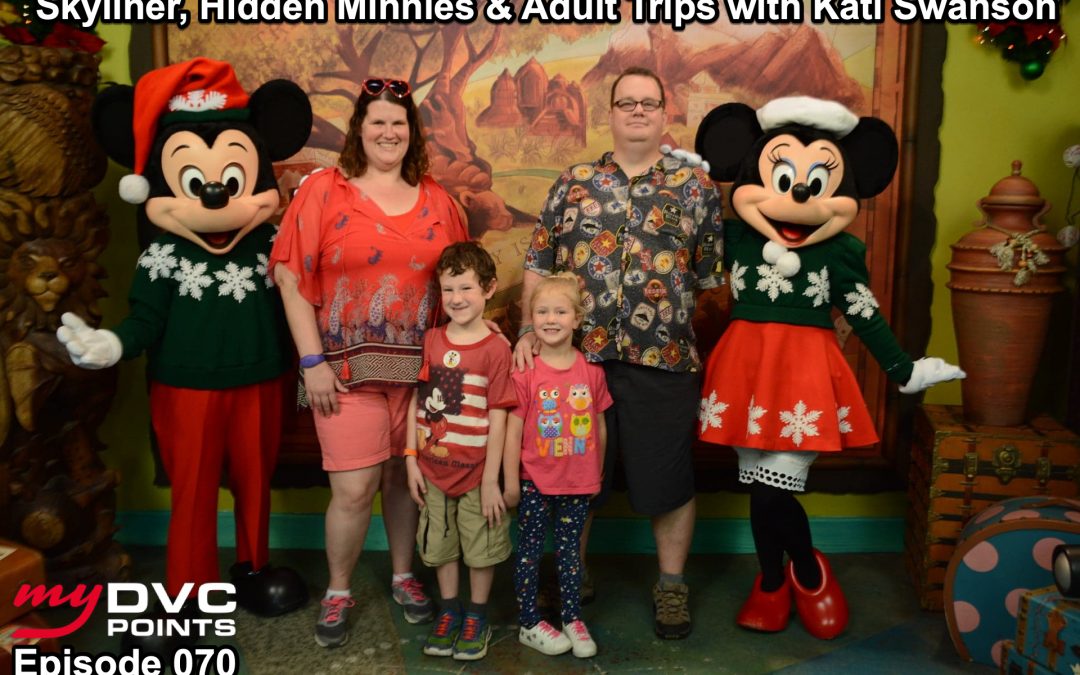 Kati Swanson, or Princess Kati, as she's known in the My DVC Points Community, has been a DVC owner since 2016. When addonitis hit, she knew she wanted to add more points at a resort that fit her high-end tastes, and Disney's Riviera Resort was that resort! Kati shares why she bought at Riviera and her love of the variety of accommodations at Walt Disney World.

Kati's family became DVC members in 2016 through their purchase of a resale contract at Animal Kingdom Lodge. While on their family vacation, they heard the good news they had passed the Right of First Refusal (ROFR). The other very fortunate thing was that Disney approved their sale just before the last round of resale restrictions, so they are Blue Cardholders!

Kati loves taking her family on Disney World vacations but admits that it's nice to leave the kids at home and vacation with her husband.

“We didn't buy Disney Vacation Club because of the children, we bought it because we really like to go to Disney on vacation.”

The Swanson family knew they wanted to add on more DVC points, and Kati's husband suspected she would now be happy staying at Saratoga or Old Key West. Princess Kati agreed! She wanted to add on at the Villas at Disney's Grand Floridian.

In March, Kati and her husband participated in a preview tour of the Riviera and decided this was their next home resort. They loved the look of the resort and its accommodations and the new, fun mode of transportation provided by the Disney Skyliner. According to Kati, Riviera was also more economical than Grand Floridian when it came to the cost per point over the life of the contract.

The little details also played a significant role in the family's decision to buy at Riviera.

“Once we saw the Hidden Mickey and Minnie in the guardrails for the balconies, it really sold me. They added that additional detail of Hidden Minnies too.”

The Swanson family plans to use their points to stay in a One-Bedroom Villa (or larger) at Riviera every two to three years.

Kati says the resale restrictions did not factor into the decision to buy into Riviera because she won't be around when the contract expires. She plans on gifting the points to her children, a family member, or a friend.

When asked why people should look into buying at Riviera, Kati shares how she loves that there are so many ways to “do Disney.” She says, “My reason for buying is my reason for buying. Every situation is different, and that's one of the things that I love about Disney. They have everything from the value accommodations up to the Grand Floridian Grand Villas. It's so amazing to be able to have a variety of rooms.”

Kati is an active member of Disney's Riviera Resort Owners group and our primary group: My DVC Points Community on Facebook!