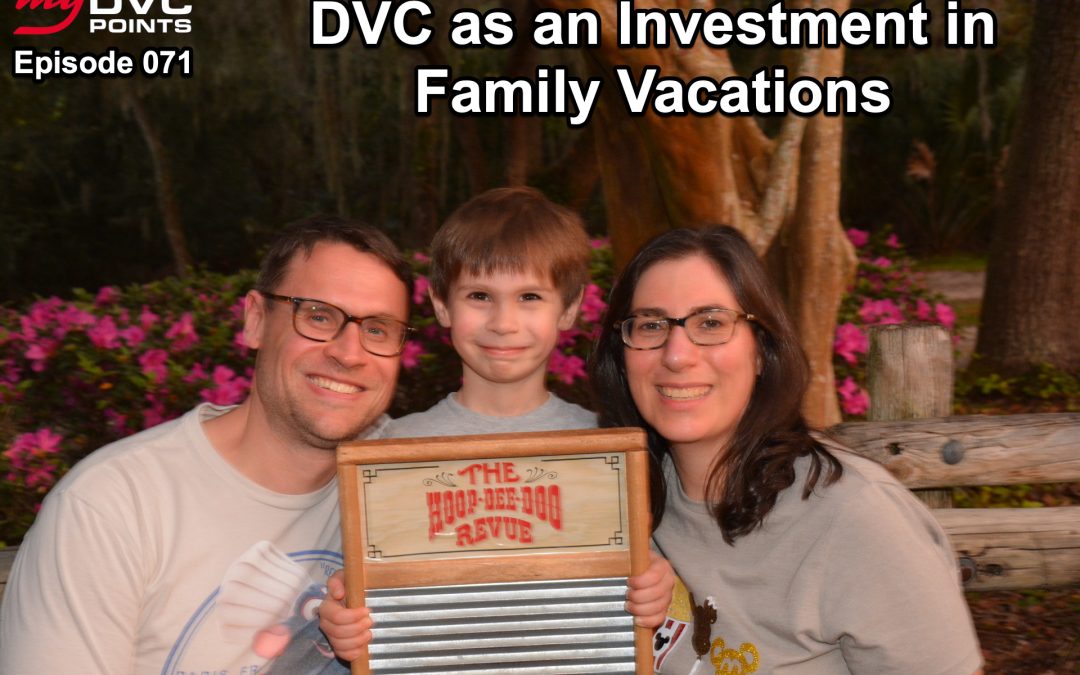 Brian and his family are new to the DVC Community, buying resale into Grand Californian in May 2019. When Disney's Riviera Resort became available for purchase, the Flock family was quick to add on points and become direct members! Brian shares with us why his family bought into Riviera as an investment in their future family vacations and without seeing it as a financial investment.

Brian and his family have some definite Disney street cred! As natives of Kirkland, Washington, Disneyland is their “home,” and they make frequent weekend trips to the Happiest Place on Earth. Orlando is a direct flight from Seattle, so they've crossed the country to visit Walt Disney World a few times as well. They've also been on four Disney Cruise Line vacations – so far!

The Flock family decided to buy into DVC after doing a bit of math on what their future Disney vacations would cost them. They usually stay in Deluxe Resorts, so being able to lock in the price of their resort room was very attractive. Brian looked at the purchase as “vacation insurance.” According to him, buying into DVC was “ensuring the vacation you want and ensuring your family will have fun.” They purchased a resale contract at Disney's Grand Californian in May 2019, and an add-on was not far behind!

Why Buy Into Disney's Riviera Resort?

Brian's family knew they wanted to add on more points at a Walt Disney World Resort, so they did a bit of shopping with a Vacation Guide. He advised the Flock family not to buy directly from Disney at Bay Lake Tower, as the points would be much more expensive. When DVC announced Disney's Riviera Resort, Brian says it “checked a lot of boxes” for his family. They liked its proximity to Epcot and Hollywood Studios, the convenience of the Disney Skyliner, the impressive concept art, and a full-term 50-year contract.

According to Brian, the resale restrictions on Riviera were a “non-factor.” He understands why owners of other resorts are upset about the new resale restrictions, but says that he and his wife plan to hold onto the contract for the full term and pass it onto his son, if necessary. They also heeded the advice of buying where they wanted to stay.

“We were looking at this as not a financial investment, but an investment in our vacations and our family memories.”

Brian Flock, Owner at Disney's Riviera Resort and The Villas at the Grand Californian

Brian summarizes his family's decision to buy into DVC and Disney's Riviera Resort as more of an emotional investment than a financial one. He says, “We were looking at this as not a financial investment, but an investment in our vacations and our family memories.”

Brian is an active member of Disney's Riviera Resort Owners group and our primary group: My DVC Points Community on Facebook!