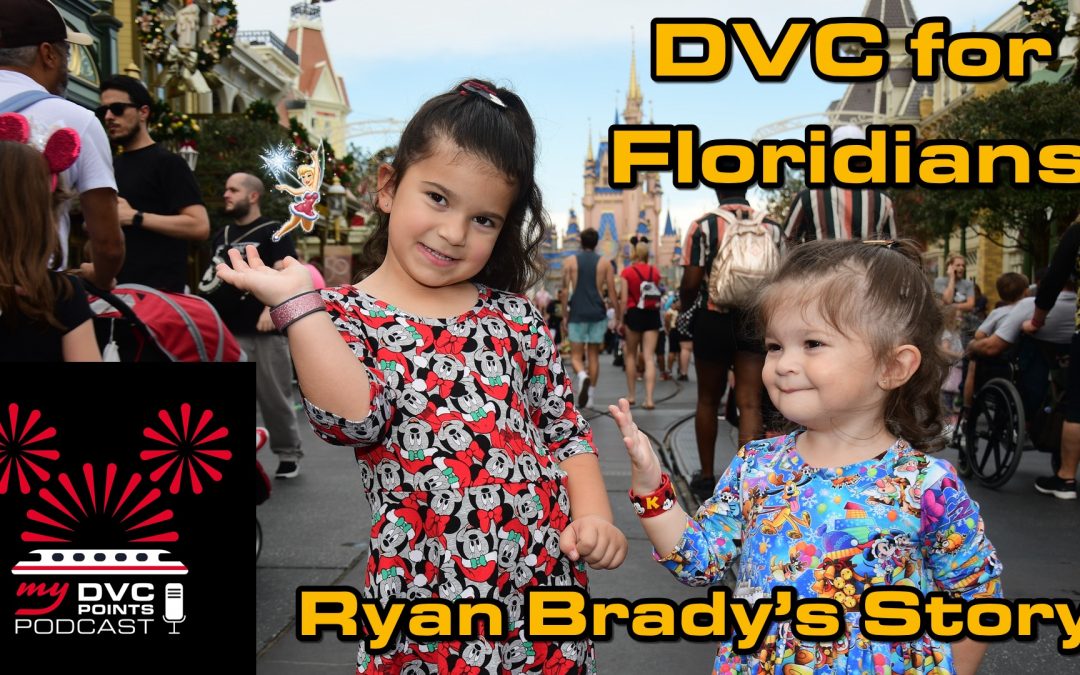 Born and raised in Fort Lauderdale, Florida, Ryan Brady has been visiting Walt Disney World his whole life. Whether skipping school to go with friends as a teen or going on one of his first dates with his future wife, Walt Disney World has been part of Ryan’s major life milestones. Now he’s a DVC resale owner.

Born and raised in Fort Lauderdale, Florida, Ryan Brady has been visiting Walt Disney World his whole life. Whether skipping school to go with friends as a teen or going on one of his first dates with his future wife, Walt Disney World has been part of Ryan’s major life milestones. Disney Vacation Club came into Ryan’s life during Thanksgiving in 2019 when he brought his two daughters to Walt Disney World. It brought back many memories, and Ryan took the opportunity during the early part of the pandemic to make his first Disney Vacation Club purchase via resale.

Addonitis hit Ryan’s family before their very first DVC stay! Realizing their points wouldn’t go as far as they wanted, they made an additional purchase at Disney’s Boardwalk. They stay in one-bedrooms right now, but as their daughters' age, they may need to add on again. Most recently, Ryan and his family spent five nights at Disney’s Animal Kingdom Lodge, and his family fell in love. There’s nothing like a family of giraffes sleeping outside your DVC room. At the same time, the Walt Disney World Magic Kingdom Enchantment fireworks show in the background to make your Walt Disney World vacation truly special. Normally a point saver, Ryan’s family chooses to splurge when the savanna view is in play at Walt Disney World’s Animal Kingdom lodge.

Bay Lake Tower and Disney’s Contemporary Resort welcomed Ryan’s family home for their first stay. This place holds special significance for Ryan’s family as his parents took their honeymoon there in the 1980s. This type of deluxe accommodation was historically out of reach for Ryan’s family, but with the ability to use DVC points, this dream became possible. Prior, they stayed primarily at value or moderate resorts. We’ll say it again –  the purpose of buying DVC is to save money on deluxe Disney accommodations, and the purpose of buying resale is to save even more! While Ryan has thought about purchasing direct points, the perks don't equate to their family’s savings for how they like to take their Walt Disney World vacations.

Ryan’s main goal is to stay at every single Disney Vacation Resort in existence. While Disney’s Aulani Resort is on their list until their girls are a little older, the bungalows at Disney’s Polynesian Villas and Bungalows and the cabins at Copper Creek Villas & Cabins at Disney's Wilderness Lodge sit atop Ryan’s current DVC bucket list.

Finally, Ryan’s top pro tip to get the most out of your points is to stay at an off-site resort the night you arrive in the afternoon or evening. You’ll make the most of your points by not wasting a moment! Then the next day, you can drop your bags off early at your DVC resort and jump on the bus to the parks.