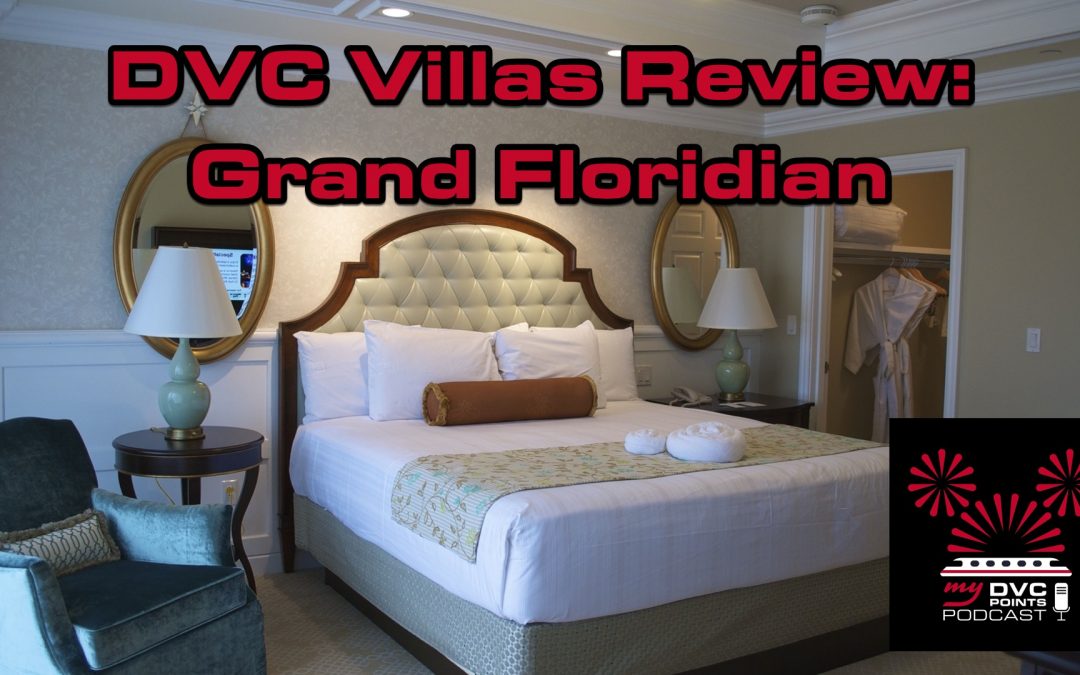 The grandest of DVC episodes starts here! Join a panel of experts to dive deep into Disney Vacation Club’s Villas at the Grand Floridian room types. From studios to the grand villas, we’ll talk about the views, the new DVC building at Big Pine Key, the value of our points, and tips for owning at the Grand Flo. Listen all the way to the end of this episode for some great tips on which rooms to request for your next Grand Floridian DVC stay. Special shout out to DVC News for their in-depth guide to all things DVC. Episode 201

The theme park view rooms at Disney Vacation Club’s Villas at Grand Floridian will only exist in the brand newly converted DVC building, Big Pine Key. These resort studio rooms will cost you a lot of points because there is no better view than facing the Magic Kingdom from DVC’s Grand Floridian. These points will cost you a pretty penny though, breaking 50 points per night for a studio at the most popular times of the year for Disney Vacation Club members. Emily believes that if there’s a club room style aspect to these theme park rooms, it would make it worth it.

Both Emily and Matt have stayed in DVC’s Villas at the Grand Floridian 1-bedroom units as well. These are some of the fanciest rooms in all of the Disney Vacation Club network. The layouts in these 1-bedroom units host a circular design, which is unique and efficient for moving around the unit. These Grand Floridian units also have a split bathroom that allows for privacy between travel party members or between parents and kids. Matt recommends hitting up Basin in Disney Springs and picking up some luxurious bath bombs to enjoy in the 1-bedroom Villas at the Grand Floridian.

The 2-bedroom units can be either dedicated 2-bedroom units or a 1-bedroom and a studio lockoff combination. If you need a studio and a 1-bedroom independently, booking it as a lockoff is a better deal points-wise  than if you booked those DVC Grand Floridian rooms separately. This is known as the Disney Vacation Club “lockoff premium,” but this DVC topic we’ll need to save for another time.

If you’re looking to book some of the most desirable rooms at the Grand Floridian, look no further than the original Grand Floridian building’s standard view rooms on the third floor or higher. You can see a great view of Disney’s monorail from here. Check out the far west side of that building where a small “L” section of the building exists. You can find simultaneous pool and monorail views at DVC’s Grand Floridian here. If you’re going to spend the DVC points on lake view, try to get in the building closest to Disney’s Polynesian Villas and Bungalows because you can sometimes score a view of the Magic Kingdom fireworks and the water pageant. Did we convince you that Disney Vacation Club’s Villas at the Grand Floridian is your next DVC home? Even if you don’t own your points at the Grand Floridian, we encourage you to stay here just once and try it for yourself.