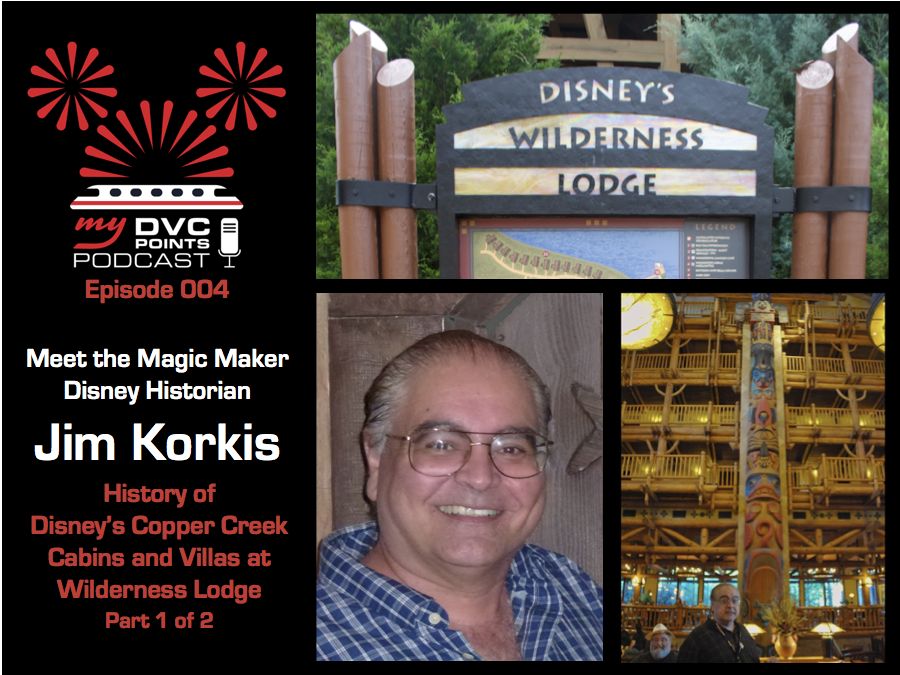 In Episode 004 we are introducing a new episode format. Most shows are DVC member interviews. However, today’s show is the first of a regularly recurring segment called “meet the magic maker.” We talk with former Disney cast members and industry insiders who can share inside knowledge, information, and experiences directly related to our Disney vacations. In these interviews, I seek out people who in some way left their fingerprints in the parks and resorts.  I’m pleased to share a conversation with legendary Disney historian Jim Korkis about the history and backstories at one of my home resorts: Wilderness Lodge. Jim is a former cast member at Disney in numerous roles. At one time, Jim led tour groups for Disney at Wilderness Lodge. In part one, Jim covers the history of the resort from the original concept of Cypress Point Lodge to what became Wilderness Lodge. 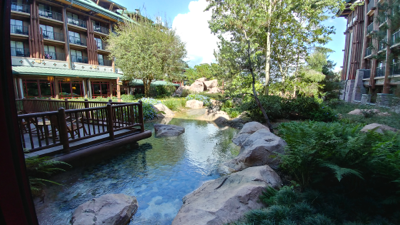 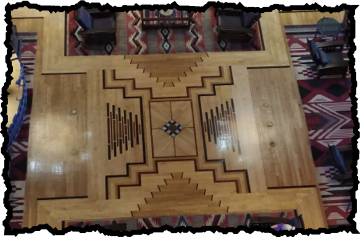 Jim shares the national park and Native American influences in the lobby from floors to totem poles and their stories. If you stretch out the logs used to make the lodge, it would be over 40 miles long.

Up until 2009, Disney brought in native Americans to perform a ritual the “Blessings of the 4 Directions” to purify the area. The flooring in the lobby is an Indian-inspired rug that tells the creation story. The four poles hold up the Canopy in the Sky.

Jim discusses the official mascot of the Wilderness Lodge: “Humphrey the Bear.” Humphrey is on the character totem pole at the mercantile store, and bear imagery appears in numerous places around the resort-like this bike crossing sign. 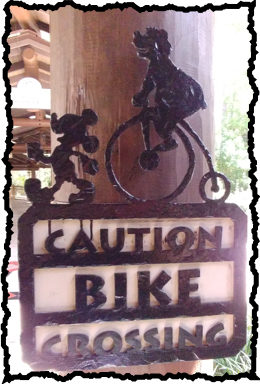 The Imagineers found inspiration for the fireplace within the Grand Canyon. Disney hired a paleontologist to replicate the rock layer changes over 1.6 million years. Disney embedded actual fossils that predate the dinosaur era into the fireplace rock. Can you guess what the fireplace has that the Grand Canyon does not? It’s a hidden Mickey!  Spoiler Alert! – We have photos of the hidden Mickeys in the blog posts for this series. The concierge desk or the DVC desk can provide a challenging hidden Mickey hunt. 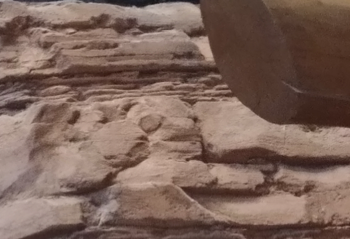 Jim discusses a common problem that Walt Disney World has become a reservation vacation. People are rushing around to fast passes and advance dining reservations.

The lobby has impressive chandeliers made from hand-painted raw hide. Eisner provided the direction that lighting in this area should come primarily from these chandeliers. Imagineers rose to the challenge and created custom lighting that was inspired by Native American tipis.  Each one weighs 500 pounds and contains 48 light bulbs that provide 2,800 watts per bulb. 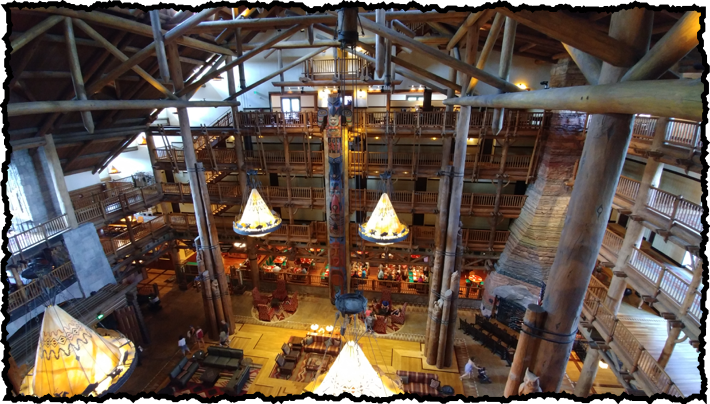 Another point of interest in the lobby is an authentic elk tooth dress from 1875. An elk only has two teeth, so it took a massive amount of Elk to make this dress. These dresses were worn on extraordinary occasions like weddings and coming of age ceremonies.

Jim discusses the history and stories behind the totem poles in the lobby. 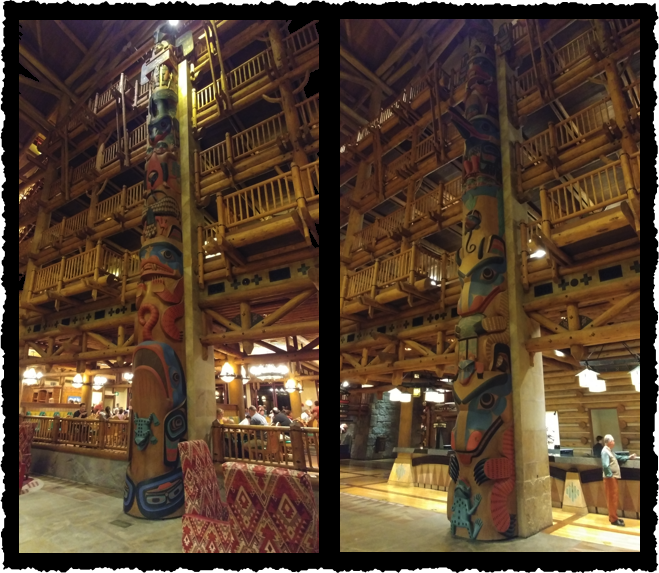 Jim also provides the artist that created the topiaries at Wilderness Lodge.  As a DVC podcast, we were inclined to insert the topiary of Mickey holding the DVC sign.  However, the buffalo in front of the Wilderness Lodge is considered the primary one. 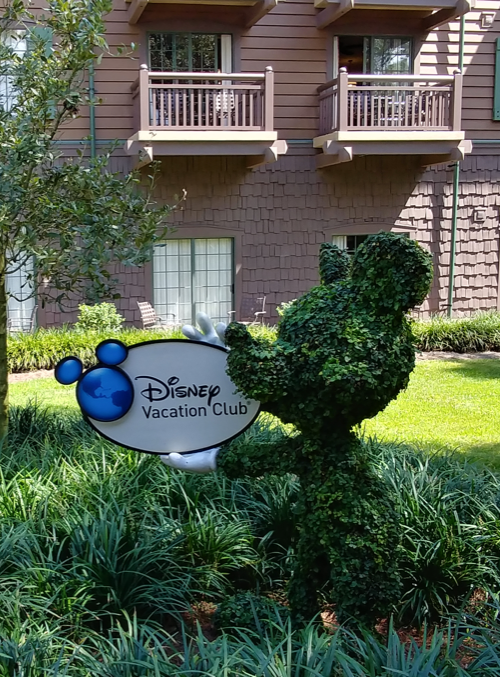 Join us in Episode 5 for a continuation.

Special thanks to Andrew Darden, My DVC Points Community Group moderator on Facebook, for taking time from his vacation at Copper Creek to take photographs for Episodes 4, 5, 6, and 7.