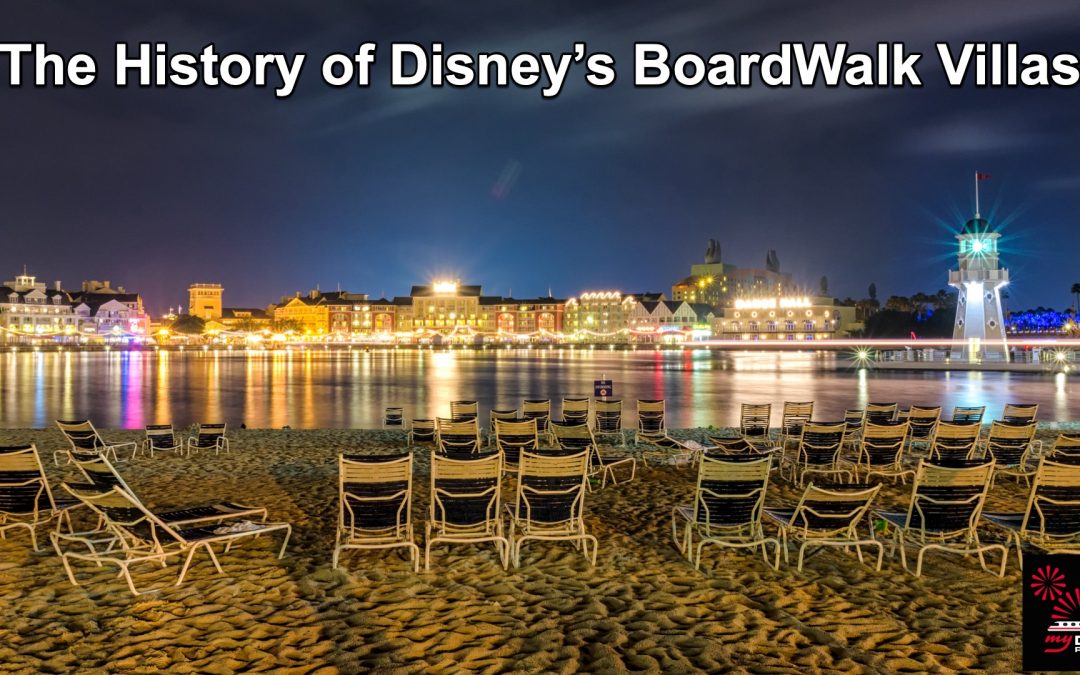 We're kicking off our BoardWalk Villas review series with a brief history of the resort and a unique perspective from one of the opening day DVC guides from the resort. Peter Scheidle from DVCHelp.com and our own DVC Newcast team researched the history. Humberto Santos from DVC Resale Market joins the show. Episode 175

When Disney opened their first location in 1991 (then only known as the Disney Vacation Club), there were plans in the works for other locations to eventually put in a second location at Walt Disney World.

As early as 1992, Disney presented plans for what was then known as Disney Vacation Club WEST. This second on-property resort was planned for a spot west of the entrance to the Epcot parking lot and just north of the current Yacht and Beach Club location. This new resort would have been a near duplicate to the original DVC site, eventually re-named Old Key West.

At the same time, plans were underway for the rapid expansion of the Disney resort under Michael Eisner and Frank Wells – known as the Disney Decade. Included in the plans was an area called the “Disney Boardwalk,” which in 1992 did not yet include a hotel. It was meant to evoke the feel of the start of the 20th century at the Atlantic City Boardwalks and other Boardwalks up and down the east coast of the US; the area would also include a Ferris Wheel and a Carousel. However, Disney scaled back their original plans.

In 1993, Disney announced Vero Beach and their third DVC resort as part of the Boardwalk Complex. Plans for the Boardwalk were released in late 1993, looking very similar to the final construction.

Boardwalk was also the first and current only resort to be built, with the hotel side and DVC side being constructed simultaneously. The Inn side of the resort would be closer to Epcot and the Villas side, closer to Hollywood Studios. Boardwalk Inn and Villas was themed to the early-1900s Atlantic City Boardwalk, and as such, has built-in entertainment and dining venues within the resort itself.

Boardwalk construction slowed due to some economic issues, and both Vero Beach and Hilton Head ended up being built ahead of the Boardwalk. However, by 1995 construction was in full swing on the Boardwalk Inn and Villas resort. A press release about the new DVC resorts was released in early 1995, and the descriptions are pretty close to what we still see there today.

Sales for the Boardwalk started in early 1996 at $62.75 per point. The resort opened to the public on July 1st, 1996. The resort was considered “sold out” in November 2000 when the Villas at Wilderness Lodge opened. Final direct sales prices were at $67. The Boardwalk was the second preview center opened after the one at Old Key West was shut down, and as of 2020, the Boardwalk preview center is still, in fact, open to tour. The annual maintenance fees started at $3.70 per point per year. All contracts at Boardwalk have an end date of January 31, 2042.

Humberto Santos discussed that he helped sell this resort upon its initial opening working for Disney. He was a DVC Direct Guide and gave tours onsite. He has many exciting and fond memories of his time and all the families he sold Boardwalk to. Many of those stories stick out in his mind to this day. Overall, people reacted well to the resort and were excited to tour it. 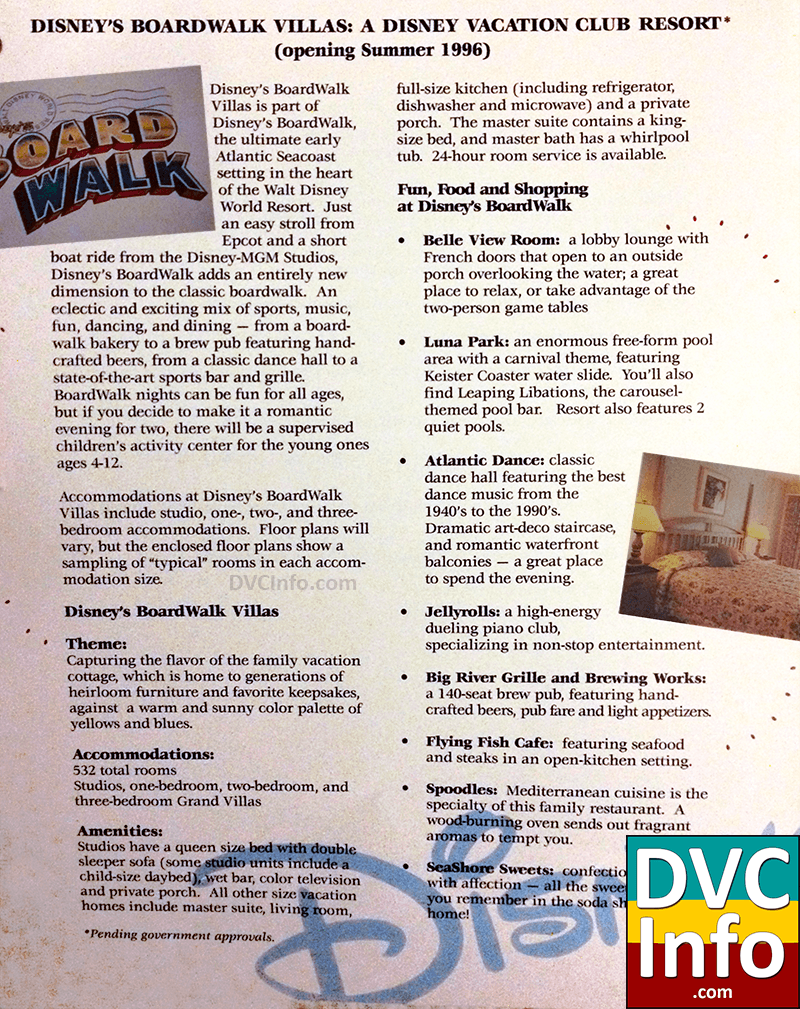