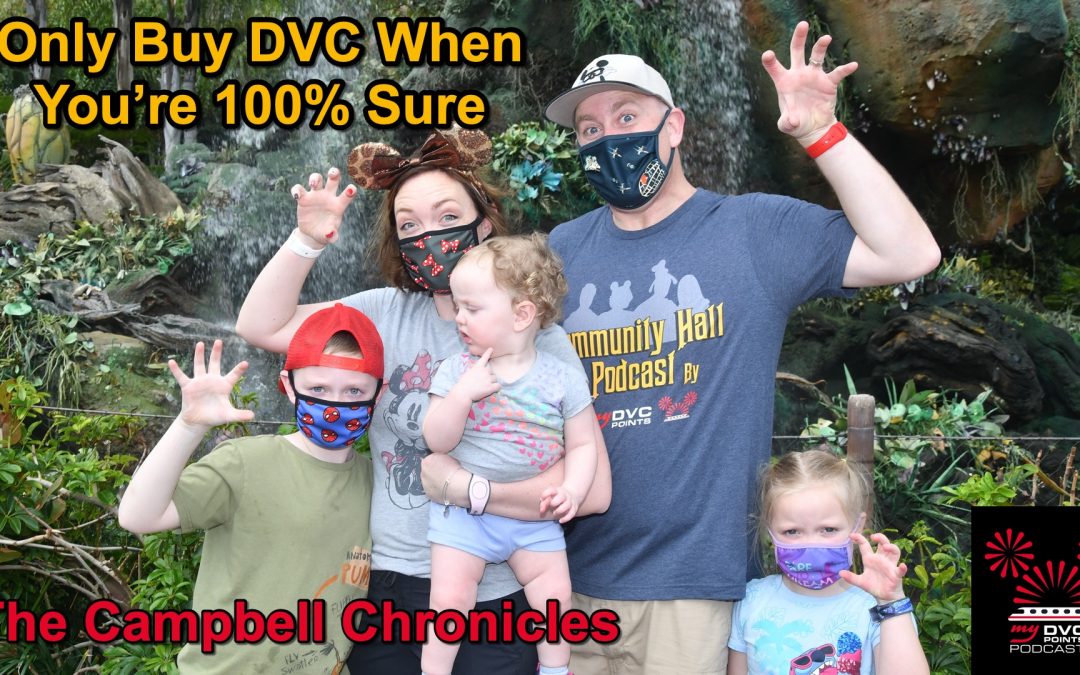 Robert Campbell had a very hard decision when buying DVC. They even used the 10-day timeshare cooling-off clause to cancel their first direct contract. However, when the timing was right, they bought into DVC and it's been one of their best decisions. Episode 173

Robert grew up going to Disneyland several times as a child. He has great memories from various trips with his family and extended family. Robert's wife's family went to Disneyland every year. While they were dating, they visited Disney World for the first time and he proposed to her back at their home park of Disneyland. He shares a very amusing story about the proposal and how his plans were foiled by Disney's cancelation of the fireworks due to wind.

Robert's journey with Disney World started around 2017 when they started going to Florida more often. They went to frequent DVC tours to get the free snacks, drinks, and fast passes but didn't bite the bullet until 2018 when they purchased direct points while on a trip to Disney. Within hours, Robert and his wife knew they had made a mistake and ended up canceling their contract once they returned home.

After a visit to Aulani and another tour with DVC, they decided to purchase direct points there as the home resort. Being from the west coast, Aulani made sense. Currently, he is looking to save for a 2nd contract with the kids getting older and needing to move into a 1 bedroom for most resorts. As a pilot, Robert gets to fly with his family inexpensively down to Disney World, so they find themselves going to Florida more. They have enjoyed staying at Copper Creek and have several other resorts on their list for upcoming trips.

Connect with Robert on the My DVC Points Community group on Facebook, or at his YouTube Channel, The Campbell Chronicles.

Season 6 of the My DVC Points Podcast was brought to you by:

My DVC Points is an awesome community of DVC members. Our positive, respectful, and authentic conversations about Disney Vacation Club are designed to help people make informed and educated decisions about what's best for their families. Please join us to continue the conversations on our Facebook Group, Discord Server, and YouTube channel.