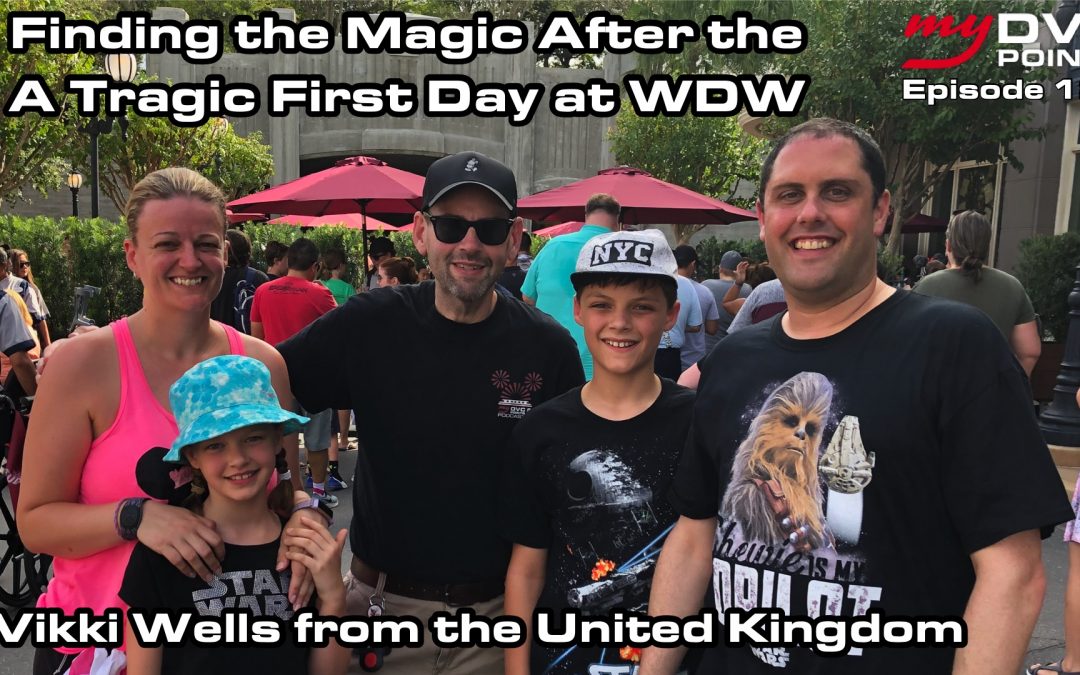 Finding Magic After a Tragic First Day at Disney World

Vikki Wells and her husband Anthony were married in their home country in the United Kingdom and spent their honeymoon in Orlando. The couple made some financial sacrifices to save money to come to Disney World on their honeymoon. It was their first day ever on Disney property. They were riding a bus to Magic Kingdom when they learned about an accident in New York City. After being in the park for about 10 minutes, Vikki made it to the end of Main Street and was very quickly and efficiently evacuated on September 11, 2001. Tune in hear Vikki’s story of finding Disney magic after one of the most tragic starts possible and becoming DVC members who regularly visit Walt Disney World from the United Kingdom.