The History of the Villas at the Grand Floridian 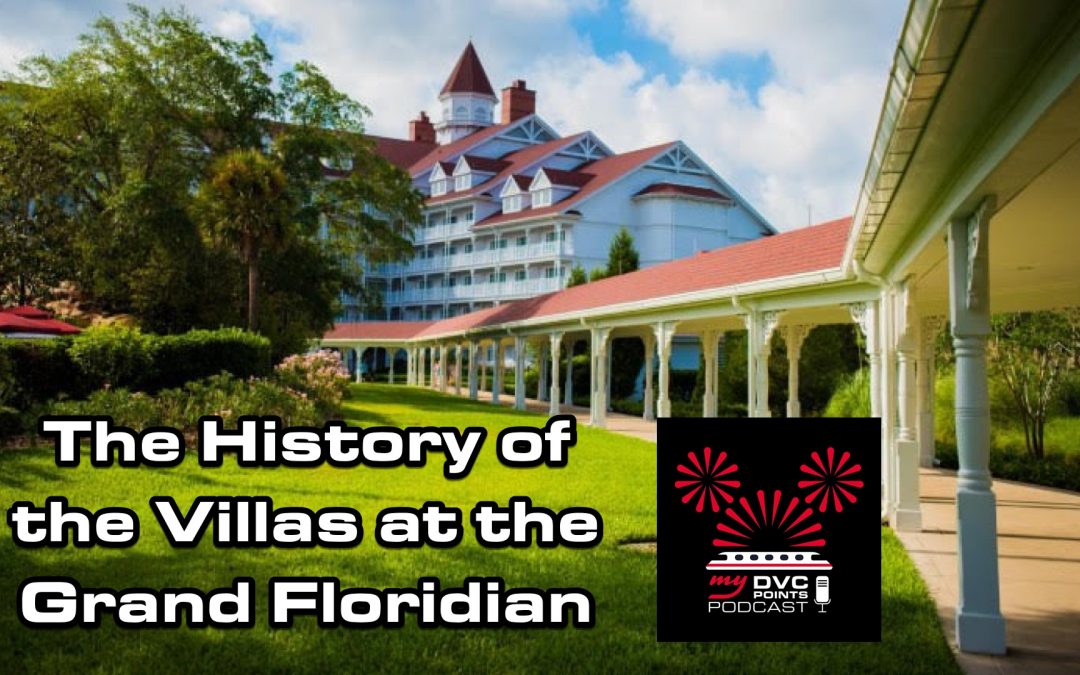 Commonly vaunted by Disney as its “flagship resort,” and “crown jewel” of the DVC Disney World resort collection … join Chad and his guests, Emily Hicks and Sam Schapmann, as they reminisce on the history of one of Disney World’s most storied resorts — The Grand Floridian Resort & Spa.  We explore the history of the resort all the way through the DVC addition and secondary offering of DVC points when they converted the Big Pine Key building to DVC. Episode 198

While today it’s hard to imagine the vista of Seven Seas lagoon without the Grand Floridian's capstone positioning along the monorail just before the Magic Kingdom, it’s very surprising to many Disney fans that for most of Disneyworld's first 30 years, the resort was nowhere to be found.  In fact, it was never even a part of the original San Francisco-sized building plans.  It wasn’t until the DisneyWorld resort was well into its teenage years that Disney executives would face the reality that their original strategy of 5 Seven Seas Lagoon resorts – which included the Contemporary and Polynesian resorts, plus Asian, Persian, and Venetian-styled resorts, but not anything like the Grand Floridian – just wasn’t the best.

Ground finally broke for what we now know as the Grand Floridian Resort & Spa on April 23, 1986.  The resort was completed and opened to the public just over two years later on June 28, 1988 — more than 14 years since Disney’s previously-opened Golf Resort (transformed later into the “Shades of Green” Resort for military families).

From Day 1 of its opening (complete with vintage champagne toasts and Disney-supplied tuxedos for all male guests), Disney has designed the Grand Floridian for what it brands its most elegant, flagship resort experience.   Throughout the late 80s and 90s, the company used its media and marketing empire to plant references to the resort throughout its slate of TV shows.   Most famously, in August of 1993, the Grand Floridian was international news when Princess Diana and her two sons, Princes William and Harry, took up residence inside its magnificent Grand Suite.

Basking in its “bougie” reputation for many years, the resort would make headlines again when in 2011 Disney Vacation Club announced that its 12th resort would be “The Villas at Disney’s Grand Floridian Resort & Spa.”  DVC members would now be able to use their club points for stays in the full collection of DVC room types – Deluxe Studios all the way to Grand Villas — in both standard and lake views.  In keeping with the resort’s reputation for Disney family elegance, but at a price, these rooms immediately set new DVC records for the highest point cost per room.   Regardless — and perhaps aided by this being the smallest DVC resort offered up to that time — the resort quickly sold out, being available only through resale or expensive Disney “non-current resort” point rates for the next several years.

Apropos of our podcast, at the time of recording we literally have “history in the making” for this DVC resort.  Disney has announced a new addition coming to the DVC Grand Floridian Villas.   Disney will be repurposing and reimagining the existing “Big Pine Key” building to add more than 200 new rooms — called “Resort Studios” — to the existing DVC resort.  New VGF contract buyers and existing owners will have 11-month access to both these new Resort Studios (including the newly-minted “Theme Park View” studios) as well as the existing Deluxe Studios and Villas at the original DVC building.

Please join Chad, Emily, and Sam on the podcast for this truly special “Welcome Home!” conversation!